Read the Artistic Director's round up of news for September 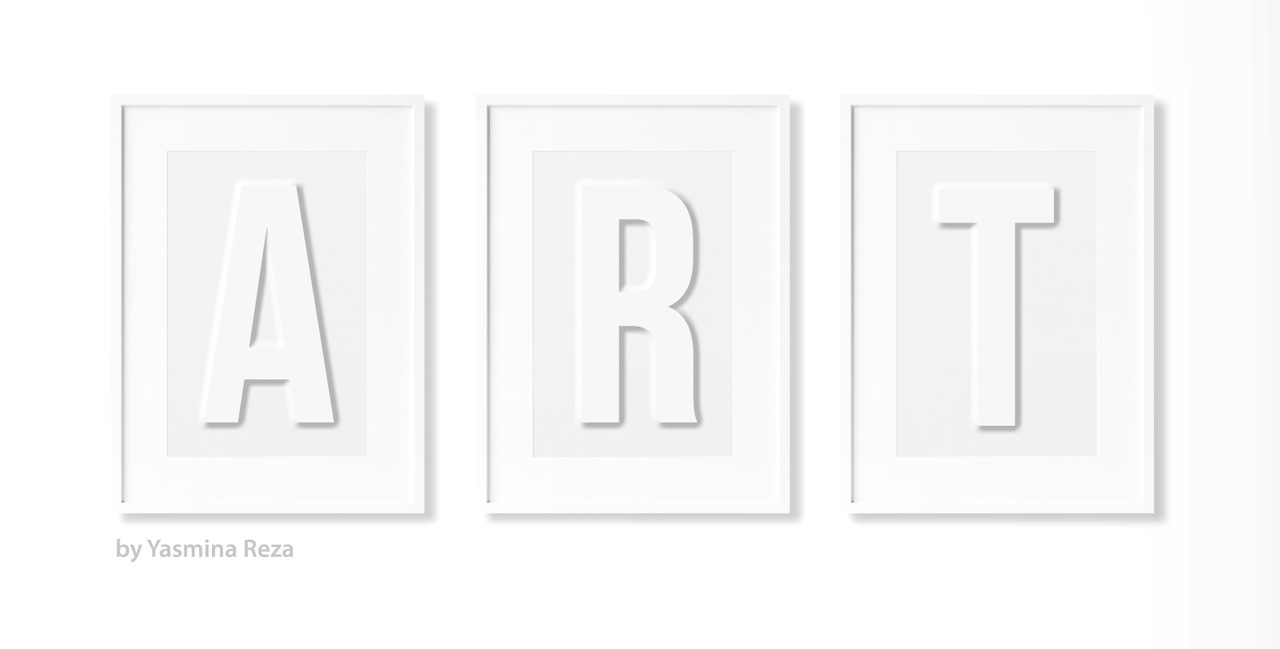 “The initial situation is worthy of a modern Moliere and Reza turns it to great dramatic advantage, pursuing the argument with crisp intelligence.”
Michael Billington The Guardian
‘Art‘ by Yasmina Reza translated from the French by the sublime Christopher Hampton, is sharp, witty and clever.

The arrival of this play took the theatre world by storm and won Moliere, Evening Standard, Olivier and Tony awards. On receiving the Olivier award in 1998 for Best Comedy, Reza was delighted, but puzzled. “I thought I had written a tragedy”, she said.

Since then this has turned into a modern classic.

Its real theme is art as a test of friendship, prejudice and tolerance. Serge, a divorced doctor, buys an abstract. It is a hugely expensive painting. His close friend Marc, is outraged and pours scorn on the canvas and the misguided purchase. A mutual friend, Yvan, a salesman with an impending wedding to distract him tries to reconcile their differences, only to be turned on by both.