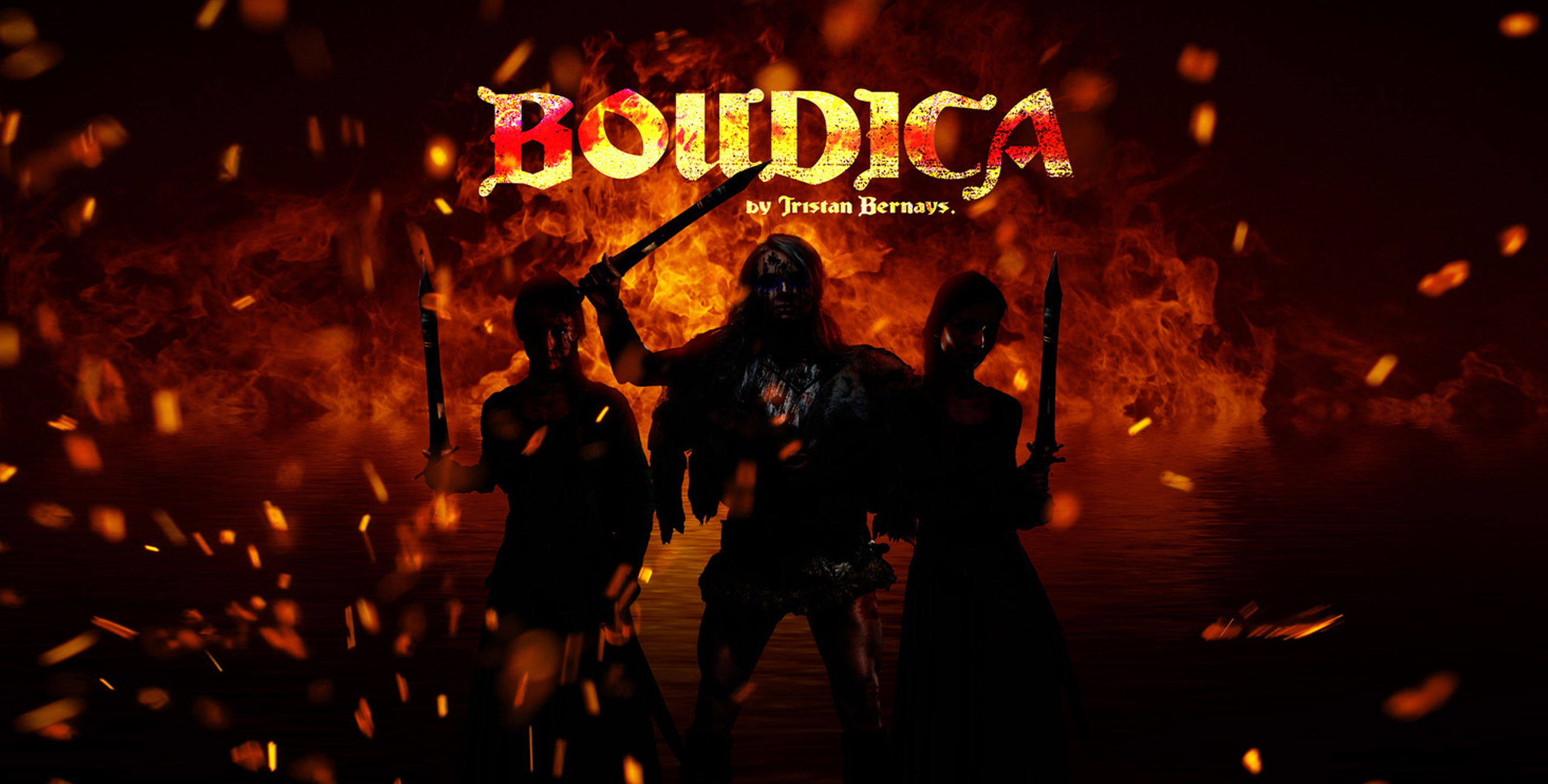 “Bernays drives the story forward with great skill, and there are constant nods to Shakespeare… but he also loads the dice by making the Roman centurions, while decrying Britannia’s barbarians, talk like a bunch of lager louts. This Boudica doesn’t roar or shout or adopt heroic poses, she has imposing stillness”
Michael Billington, The Guardian

Boudica, the warrier queen, is out for revenge. She will have blood. She will make Rome quake with fear.

A brand-new ancient-history play in verse that tells the story of one of Britain’s most iconic women: a queen, a rebel and a mighty warrior.

AD 61, Britannia. On the furthest outreaches of the Roman Empire – at the very edge of the known world – rebellion is brewing.
The King of the Iceni has died and his widow, Boudica, has tried to claim her rightful throne. For her insolence in defying Rome, the queen has been flogged, her daughters have been raped, and they have been banished from their homeland. But now, Queen Boudica has returned. And this time she has an army………..