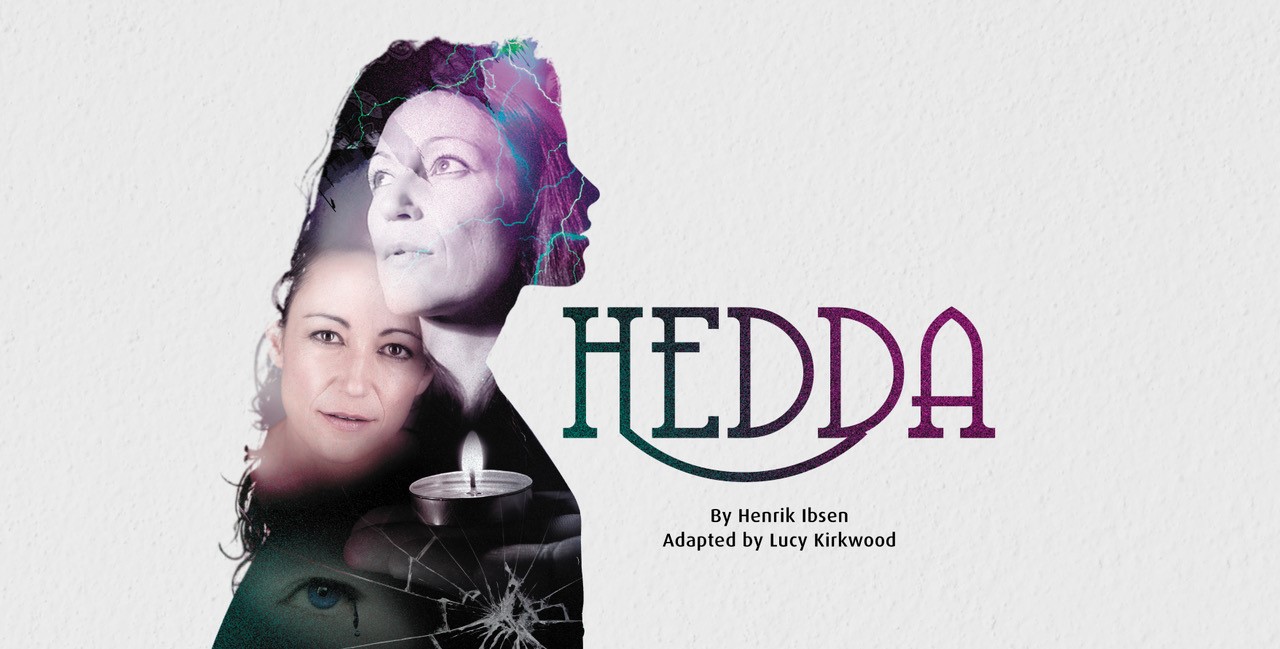 ‘A Hedda for our times’ Guardian

The amazing Lucy Kirkwood – a ‘Hedda to die for’ Reviewsgate

In Lucy Kirkwood’s version of Hedda Gabler, Ibsen’s nineteenth-century heroine is relocated to the present day, to startling effect.

Hedda is timeless. She’s been the fascination of the world stage for over 100 years. She’s frustrating, revered, despised and adored. The characters circling around her are sharply drawn. The script is witty and moving.

Hedda, still mourning the father she adored, returns from honeymoon with a husband she doesn’t love, to a flat and a pregnancy she doesn’t want. Trapped by her past and fearful of her future, bored by her life but too cowardly to walk away from it, she finds herself caught between three men. And in the end, something has to give.

Lucy Kirkwood’s play Hedda was first performed in London, in August 2008. One of the key playwrights of our time, this much garlanded writer, who has had success here and on Broadway, lights up theatre stages through her exceptional ability at writing natural dialogue.

Hedda Gabler is acknowledged as an Ibsen masterpiece. Several contemporary adaptations have been staged in recent years – notably Patrick Marber’s version for the National Theatre with Ruth Wilson in the iconic central role and then the version we have chosen by Lucy Kirkwood.

We had the most effusive feedback on Lucy’s own play ‘The Children’ last autumn and so it was an easy choice to select her version of this most marvellous classic play to kick off the year. Her gift for writing naturally flowing dialogue is unparalleled and a joy to work with.

The character of Hedda has been a fascination for over a century. A complicated, conflicted, damaged woman, frustrating and attractive in equal measure. A universal, all too human character, showing elements of her and her frailties in all of us. The different characters circling around her in her life are all restless and have their respective personal dilemmas and they in turn reflect her ambition, her passion, her dangerous side and her need for power and control. She is lost and trying to anchor herself, but the choices she makes isolate her even more. Her attempt at trying to control the uncontrollables both destroys her and yet offers her a moment of triumph.

A powerful play of high drama, but with delicate wit and mischief interlaced throughout the dialogue through Kirkwood’s artful writing.

Each new version of Hedda Gabler offers us new insight. Hedda remains timeless and will continue to have relevance for years to come.

It is a privilege to present the opening production of this centenary year with a classy cast and creative team. Come and see them, come and support them and witness their take on this most compelling story.

Hedda Gabler represents the peak of any actress’s career. To play her is to be at the top of one’s game, and to get to play her represents an honour. Elizabeth Morris, in the title role of Lucy Kirkwood’s 21st century adaptation of Henrik Ibsen’s classic, fully deserves that honour.

Hedda Gabler is a woman without purpose. She wants to inspire some form of greatness in an otherwise ordinary world. In a moment of weakness she has married George Tesman (Mark Crossley), an amiable academic more interested in robotic ants than in her vision of the future. Trouble arises when his rival, Eli Longford (Mark Roberts) returns, having written a great book, but with an even greater one held in a memory stick which he wears close to his heart. Eli is a volatile character, arguably manic depressive, who has got himself straight under the care of Hedda’s old school friend and rival Thea Eldridge (Zoe Mortimer). But Hedda is like a black hole, she draws in everything around her and destroys them with the force of her complex anxieties.

Sue Moore’s sensitive direction and a brilliant cast dig deep into the psychological complexities of the characters. The play is shot through with dark humour and symbolism that works well in Ibsen’s 19th century original but begs some questions now. Then women had few opportunities to realise themselves and were trapped in a bourgeoise lifestyle that was ripe for Freudian neuroses. Nowadays she’d find it easier to get a job. But would that solve Hedda’s problems and those of a life characterised by the everyday? Lucy Kirkwood’s adaptation raises doubts that linger long after the curtain closes.

The first fact that becomes evident in this production of Hedda, adapted from Ibsen’s classic by Lucy Kirkwood and playing at The Loft until the 29th of January, is how much love has been poured into this production. A delicately designed set by Richard Moore greets you, a set that at once externalises Hedda’s desire for beauty in all things and shows the decay at the heart of Hedda’s current existence.

Although there might be some doubts raised over whether Hedda Gabler, an anti-heroine who spends more time destroying the lives of others than trying to improve her own, is still relevant to today’s society, where women have a much greater choice over the course of their lives, there is still something searingly apt about the titular character in her burning desire to have power over others and to, quite frankly, stir the pot. In some ways, this has been heightened by the months of boredom and restlessness that the pandemic has brought to us all, with many people simply wishing for anything to happen to assuage the monotony of the COVID era. Although some of the changes to the original script worked better than others, these incongruencies only served to make the plot even more unsettling.

As Hedda, newly married and stuck in a home she chose but does not like, starts to intervene in other’s lives, the play takes on a greater urgency that might have been missing in the opening scenes, with Hedda’s desperation for something to happen driving the play along at a crackling pace. In fact, we are waiting for something to happen just as much as Hedda is, and when events do come to breaking point, the slower build-up makes them all the more worth it.

While the plot rattles along, the underlying foreshadowing is often what gives the play its tension, with there not being a second which does not actively tell of the play’s inevitable, and yet still shocking, ending. However, some of the most compelling moments of the play occur in complete silence, and this ability to convey nuanced emotions without relying on the script gives this production much of its power and allows us to see inside the minds of its characters.

The cast, with Elizabeth Morris playing an electric Hedda and Mark Crossley playing a George Tesman that is at once embarrassingly mundane and stifling, ensure that their characters remain human throughout, even when their character’s decisions are less than humane and, sometimes, puzzling. They are supported by Mark Roberts’ Eli Longford, whose slow descent at the hands of Hedda is one of the more gripping elements of the show.

With The Loft now entering its centenary year, presenting a classic like Hedda was a perfect way to start a season of celebrations, with the show’s modern twist ensuring that the story never gets stale and that Ibsen’s heroine continues to feel relevant even in an ever-changing world.