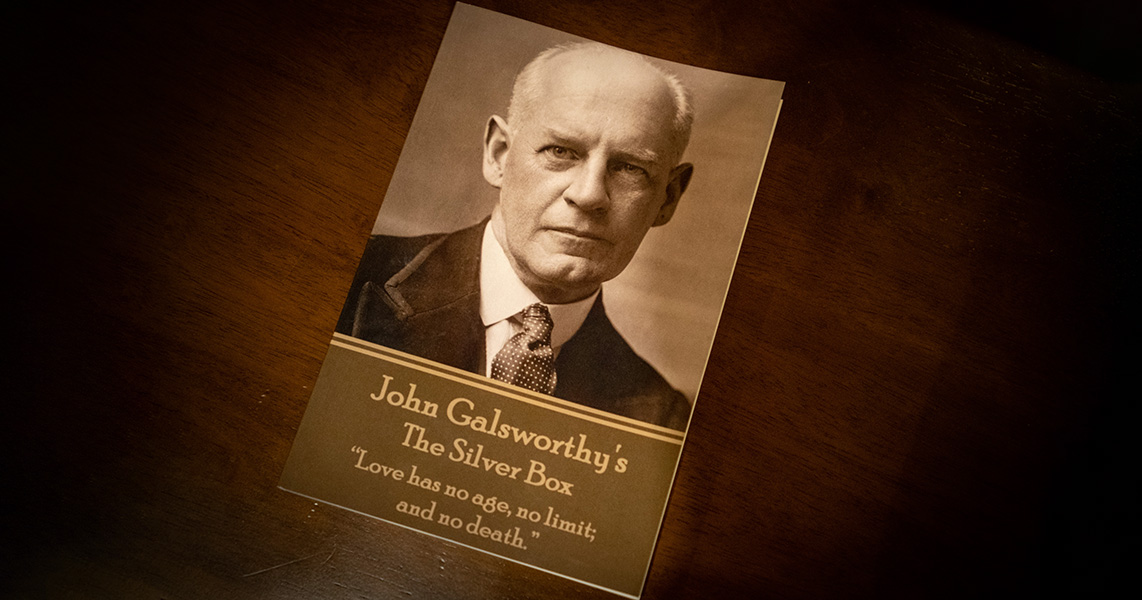 The first performance ever staged by the Loft Theatre Company (then the Warwick and Leamington Dramatic Study Club) was a private performance on 24th March 1923 of The Silver Box by John Galsworthy at Spencer Street Congregational School Hall.

John Galsworthy won the Nobel Prize for Literature and was to become a household name with the televising of The Forsyte Saga, first published under that title in 1922, as an adaptation of three novels.

To mark this historic occasion for the theatre’s first public performance, there will be a rehearsed reading of The Silver Box in the Loft Studio.