AUDITIONS IN APRIL FOR MURDER IN THE CATHEDRAL, T.S.ELIOT - POSTPONED

Reading and Audition for The Seagull Chekhov POSTPONED 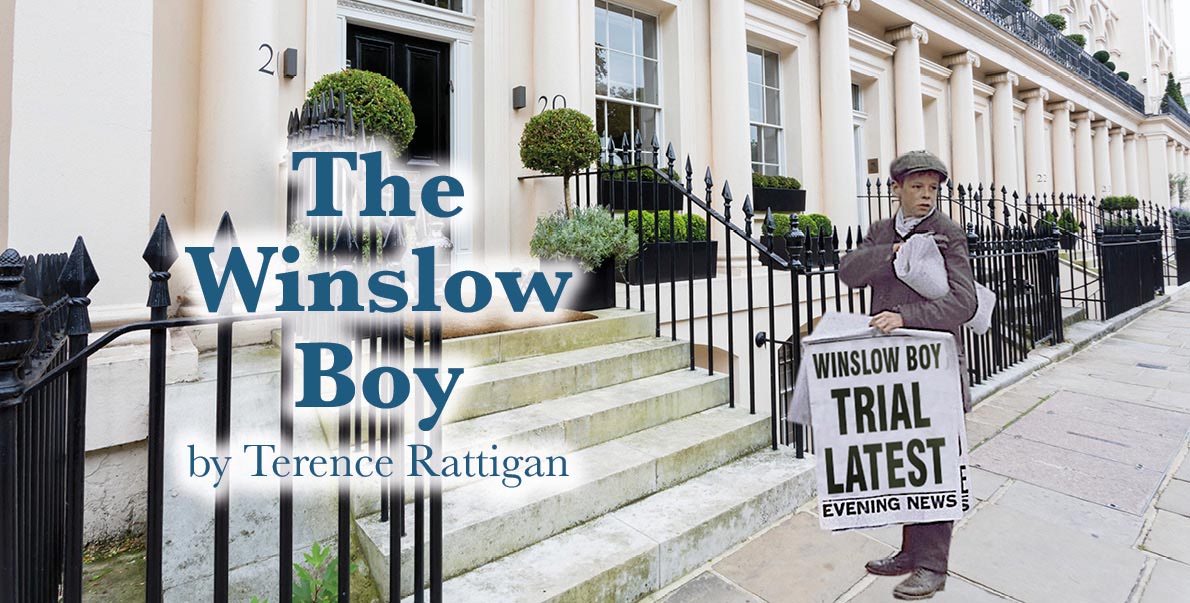 Rattigan’s plays are timeless, The Winslow Boy being the most recently revived in 2018 of six of his plays at Chichester. Based on a real-life case, this classic play is a legal drama, but without the courtroom, wigs, and gowns, set entirely in the living room of the Winslows’ home in London between 1912 and 1914. Fourteen-year-old Ronnie Winslow arrives home having been expelled for theft from the Royal Naval College where he was a cadet. His father sets about trying to clear his name. First performed in 1946 this play still resonates today. It charts the suffering caused by an injustice and then by an obsessive search for justice. In the hands of this most special of playwrights, Rattigan deftly tells you what you need to know about unchecked power, law, luck, and how they can knock lives off course.

The Great Gatsby
We use cookies to ensure that we give you the best experience on our website. If you continue to use this site we will assume that you are happy with it.OkRead more
Scroll to top